Next up on the film studios list is my Palace collection. To me, Palace will always remembered as one of the main distributors of horror movies.

During the mid to late 80s they issued a collection of horror tapes labelled ‘Palace Horror’. Each tape in the series was wrapped in a vibrant, bright coloured cover. They even had a cool 18 logo at the top of each case and spine (as pictured). It featured a skull bone which symbolised the number 1, and a skull for the 8. 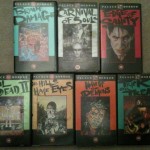 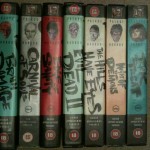 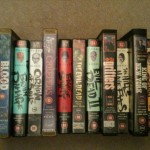 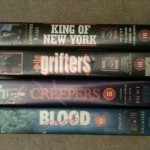 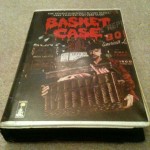 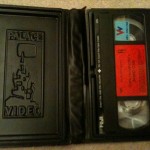 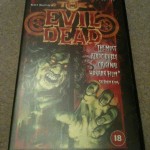 In the series were the following titles: Vampire At Midnight (need), Dream Demon (need), Edge Of Sanity, Trick Or Treat, Night Of The Demons, Basket Case, Brain Damage, Creepers, Evil Dead II, and The Hills Have Eyes.

Although I don’t own all of the titles in that particular collection, I still own most of them in other cases/covers.

I still find it odd that Palace managed to distribute such films like Grifters and King Of New York. I’d love to know if they issued other non horror films.