In this series of posts, i’m sorting my VHS collection by film studio. Next up is EMI, or better known as Thorn EMI to most of you. EMI and Thorn EMI are one of my all-time favourite studios to collect. Their VHS cases are crisp, and their tapes are heavy. The weight of the tapes feels like a statement: “I’M HERE, WATCH ME.” DVDs are like a limp handshake to any serious collector! Here are some images: 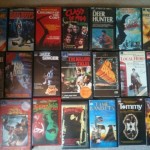 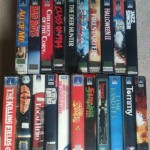 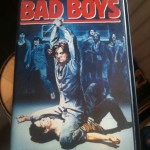 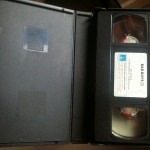 A little bit about EMI

EMI Films was a British film and television production company and distributor. The company was formed after the takeover of Associated British Picture Corporation (ABPC) in 1968 by EMI.

Its major successes as a film producer include the 1978 Academy Award for Best Picture winner The Deer Hunter, Murder on the Orient Express, Death on the Nile, Monty Python and the Holy Grail and in the 1980s, Bad Boys and Frances. In the early-1980s, the film division was renamed Thorn EMI Screen Entertainment, to reflect EMI’s merger with Thorn Electrical Industries to become Thorn EMI, years earlier.

Thorn EMI later sold its film, home video, and theater operations (which were inherited from ABPC) to The Cannon Group in 1986. A year later, a cash-strapped Cannon sold the film library to Weintraub Entertainment Group. The library ended up in the hands of several companies over the years and is now owned by StudioCanal, ironically a sister company to EMI’s rival Universal Music Group. EMI Films also owned Elstree Studios in Hertfordshire, England, prior to them being purchased by the Cannon Group in 1986.